Oestress Powder compliments the mare's natural oestrus cycle by encouraging regularity and providing extracts of herbal ingredients that have been used for hundreds of years to support hormone balance. So by improving her diet with Oestress, you are helping your mare to help herself. Oestress also provides bio-available magnesium to relax muscle tension and encourage calmness. Lastly, Oestress is rich in natural antioxidants to naturally support a healthy system. Oestress should be fed daily throughout the spring and summer season and may be increased in accordance with her oestrus cycle. However, if needed Oestress is suitable for year round use. 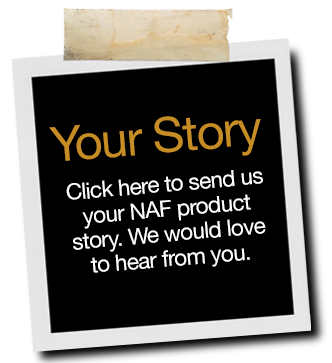 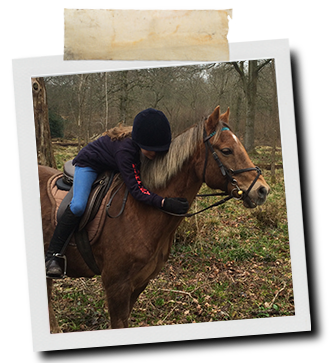 "This is Tolly who I love very much, my favourite two products are Oestress and D-itch because they work so well and the D-itch smells really nice." 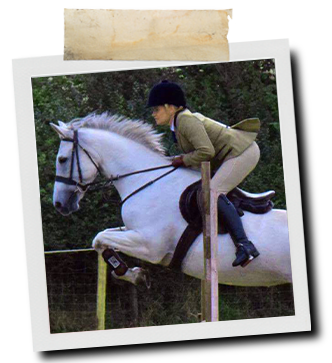 "My favourite product is Show Off shampoo as it leaves Pi looking super shiny and white making us ready to take on anything!" 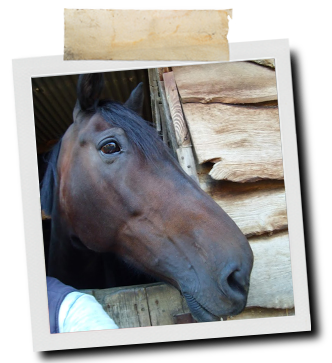 "After having 2 years of what seemed to be an endless cycle and a very 'flirty' mare, I decided to try Oestress. I was sceptical I will admit but WOW, she is so much calmer and I am keeping her on a continued dose." 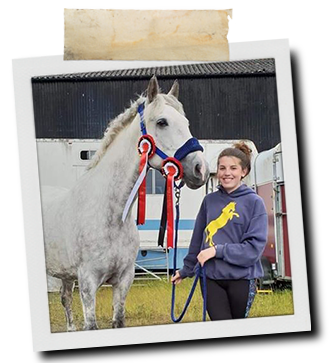 “She was the devil before using Oestress. She is amazing now thanks to it!” 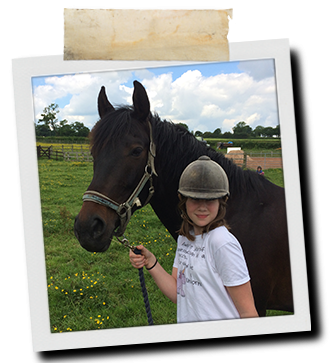 "Jemoon Rock Chick is a 6 year old three quarter tb quarter Cleveland bay that we bought direct from the jemoon stud last October. She was successfully shown as a foal at foot with her dam Newtownhen by the studs stallion Jemoon Celtic Warrior. We intend to bring her out as a novice riding horse/intermediate later this month. We find NAF five star oestress easy to use and jemoon rock chick eats it readily. She is calm and sensible and we are going to continue to use naf five star oestress throughout the show season." 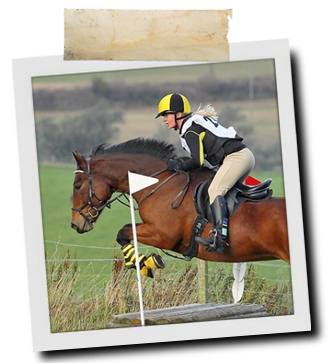 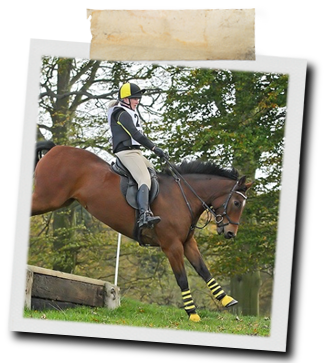 This is us last week! Lovely clear round! Since been on NAF oestress Bee is a lot more focused on her job and no more napping when in season! And not nearly as grumpy! Excellent product! 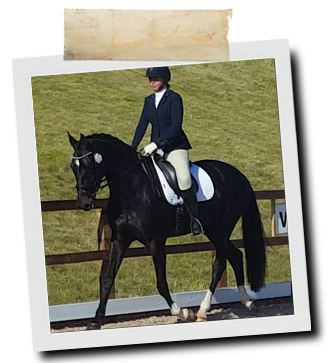 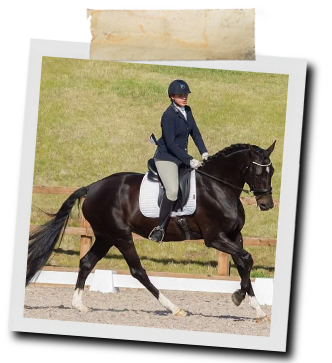 Ferne Fairfull "I have owned my 7 year old Dutch Warmblood since she was 2 years old. Every spring-autumn she became very naughty to handle and ride. I decided to try NAF Five Star Oestress to see if it would help. Help was an understatement as I have my golden girl back - she is calm, laid back and willing again. So I just wanted to say thank you for making such a brilliant supplement. Here are some pictures from the Scottish Championships where she won the Novice whilst on Oestress." 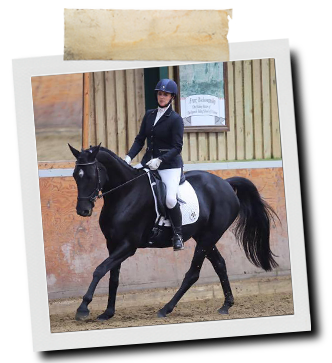 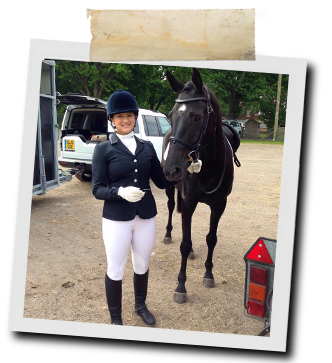 Carly Sargent & Fae "My favourite NAF product is Oestress because it's nice to know that your horse isn't going to be naughty or bite like she does when she is not on her Oestress!" 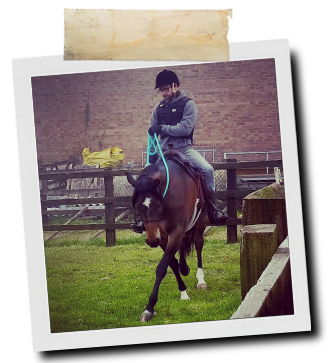 I brought Laureyna in early 2013, a purebred Arabian, to be my western horse. She was in foal when we got her and she foaled a couple of months later but after that she changed. Her seasons were every two weeks. She would roll, kick and sweat as well as being extremely anxious, to handle her was difficult, she was "witchy", we couldn’t groom her, she hated being around us and showed us her teeth and legs more than anything else; she even took it out on her best friend in the field. I gave up trying to ride her (which was becoming impossible) and concentrated on making her well and happy again. After year of trying and numinous vet visits, different tests and the next step last resort a marble inside was all we had left to try, my heart was broken my wonderful kind mare who I hoped to retrain was in such discomfort and there was nothing I could do to help her. A friend said to try NAF Oestress. We brought the liquid to start her off on, with 40ml twice a day on a bad day and 15ml twice a day on a good day. She is now going well on 1 scoop a day of Oestress powder. She is now back to the lovely mare I fell for when went to visit her to buy. Her seasons are shorter and monthly, you hardly even notice she's in season. Her temperament is sweet and kind, her appearance is better with a beautiful shine to her once dull coat. She is a real pleasure to have on the yard and to be around, I am now riding her western which she loves, and enjoys when I just hop on her back with nothing on at all in the field. My dream of having a western horse is now becoming a reality and that’s thanks to Oestress, where I had nothing left there was NAF! Thank you! Dan Kalje and Laureyna 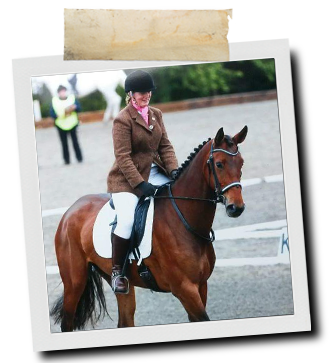 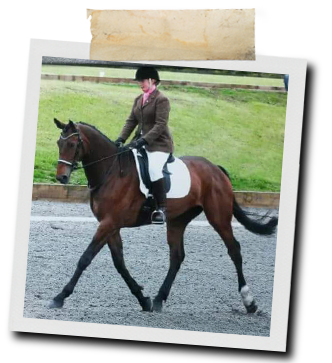 Uma my 6 year old, 17hh, WB x TB mare has been angelic, taking me to Lincoln, Oxford, and Keysoe to various championships in dressage and showjumping. I have owned her since September 2014 and previously rode her for breeder/owner. She has always had a loveable nature and very willing to learn with the odd baby tantrum, however this spring she had came out like unruly teenager, very grumpy and with embarrassing behaviour. It got so bad we couldn't hack out in company or compete or else she would have her tail up and be peeing! I was recommended NAF Five Star Oestress, not knowing much about the product was slightly unsure but we have given it a go and wow, I have my lovely Uma back! Her temperament has changed completely, she is so much happier and relaxed, and best of all she can control herself around other horses. I am very happy with the product - not only does it get me out of some interesting situations, my horse is a very happy one. Andrea & Uma 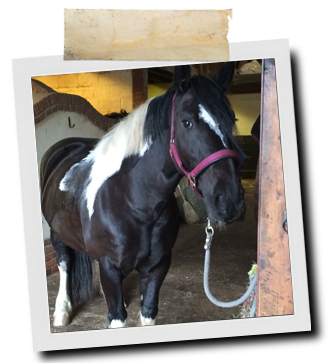 My mare Mary has been fed Oestress since January, her behaviour has become more consistent and her attitude towards work has improved, she is a lot more forward and happy. Rachel Holt 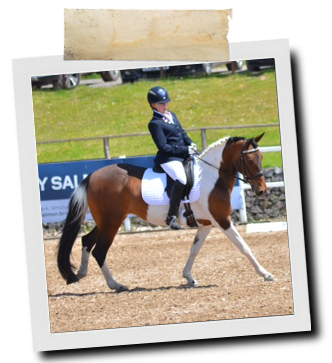 Mica had terrible moods when coming into and being in season, she was impossible to handle in her stable and would not allow you to tack her up and was generally nasty. Riding her was almost impossible; during this time our results at competitions were suffering. We were recommended Oestress by a friend and have never looked back; as you can see from the photo and the fact that we are doing so well the improvement is phenomenal. We have recommended this product to others and would have no hesitation in recommending it in the future. The picture is of Emily and Mica at the Affiliated Welsh Dressage Champs at Mount Ballan where she had the overall Silver Medal at Prelim, she was the highest placed BYRD at Prelim and highest scoring BYRD in the whole competition. Tracey Galtry 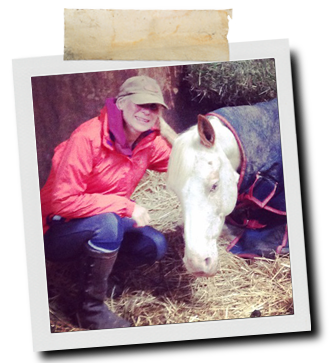 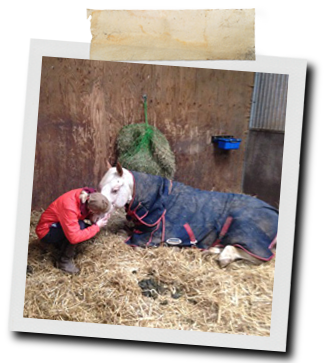 I bought Ivy 8 months ago, and within days I realised she was a very moody mare with her biting and box walking in the stable. In the school she was a nightmare; trying to tank off, bucking and generally being disruptive. I had all the usual things looked at: teeth, back, new saddle/bit/bridle and still no improvement. With my confidence ebbing away, I was so close to selling her, then someone suggested Oestress. As a last resort I started her on it and within 3 days the results were amazing (loading quantities for 10 days). Now 9 months on, she is a chilled out kissable girl. In the school she is brilliant; always trying her hardest to please me. She is a joy to own and ride. Thank you for making Oestress, it has saved our relationship. Ivy is on 2 scoops a day, all year round. Michelle