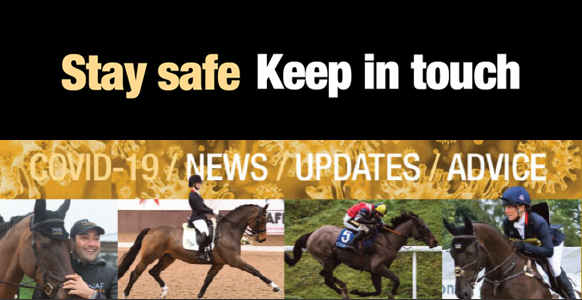 Artificial Insemination (A.I.) – The manual introduction of semen directly into the mare’s uterus at an optimal time for conception.

Conception – The fertilisation of the ovum by the sperm, leading to pregnancy.

Embryo transfer – The transfer of an embryo into the uterine cavity, typically via a catheter inserted through the uterine cervix. Involves fertilising an ovum from a donor mare, recovering the embryo and then implantation of the fertilised embryo into a recipient mare, which carries and nurses the foal.

Epididymal Freezing – Collection and freezing of sperm obtained from the epididymis post castration or death of a stallion.

Epididymis – A long coiled tube curved around the back of each testis. It stores sperm and transports sperm from the testes.

Fresh / Cooled / Frozen Semen – Once collected, semen can be used fresh or cooled, or frozen to be used at a later date.

Fresh semen must be used immediately so the mare must be in close proximity to the stallion.

Cooling the semen slowly to refrigerator temperatures (5oc) allows it to be used within 24-48 hours.

Freezing is by storage in liquid nitrogen at -196oc. The lifetime of frozen semen is believed to be nearly unlimited as long as stored correctly. Frozen semen is then thawed immediately prior to insemination. There are numerous benefits to freezing semen in terms of ease of timing and access to stallions globally, however there are more costs involved, conception rates tend to be lower than with fresh semen and some stallions produce semen that does not freeze well.

Freezing semen was developed initially to speed up the genetic improvement of farm animals and is a well-established practice in cattle farming. It is now gaining popularity in equines as it allows transportation of the semen globally without the difficulties of physically moving horses, it allows insemination at the perfect time for the mare and contributes to the preservation of breeds and desired genetic characteristics.

Intracytoplasmic Sperm Injection (ICSI) – Micro-injection of a single sperm cell into the cytoplasm of a mature oocyte, resulting in fertilisation. This is incubated until an embryo is formed. The embryo is then either implanted back into the donor mare (auto-transfer) or into a recipient mare by embryo transfer. Alternatively, the embryo may be frozen for transfer at a later date.

Morphology – the size and shape of the sperm. Normal sperm have an oval head with a long tail. Defects can include a misshapen head, crooked or double tail. Sperm morphology results are reported as the percentage of sperm that appear normal when semen is viewed under a microscope. The role of sperm morphology in predicting fertility is unclear, unless 100% are abnormal. The presence of large amounts of morphologically abnormal sperm cells is termed teratozoospermia.

Motility – refers to the movement and swimming of sperm. This needs to occur to reach the ovum for fertilisation. Poor motility is referred to as asthenozoospermia and is one of the factors contributing to infertility.

Progressively Motile Sperm Concentration (PMSC) – the percentage of sperm that swim rapidly in a straight line. A more accurate estimation of semen quality than overall motility. A score of <50% is generally considered too poor for semen freezing.

Sexed Semen – separation of X (female) and Y (male) chromosome bearing spermatozoa in order to preselect the sex of the foal. Semen is separated by flow cytometry based on the amount of DNA, which differs between the two sex chromosomes. 2020 saw the birth of a Suffolk Punch filly, who’s sex had been predetermined in this way. This new technology may prove vital in preserving some of the at-risk breeds.

Viability – the proportion of healthy living sperm without the presence of defects that may affect chances of conception. A more accurate measurement of fertility than total sperm count. Can also be used to describe a pregnancy that has a chance of going to term and producing a foal.

The innovative technologies surrounding equine reproduction and fertility are developing and improving all the time. As one of the major limiting factors in the success of these new procedures, semen quality is paramount. Targeted nutrition has an important role in supporting sperm health and maintaining libido in stallions.